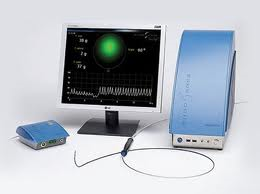 Endosense, a pioneer and leader in contact force (CF) technology focused on improving the efficacy and safety of catheter ablation for the treatment of cardiac arrhythmias, further advanced its leadership position in the field with new study data validating the importance of several proprietary contact force parameters, including its most recently developed Lesion Index (LSI™). Unveiled in abstracts at the Heart Rhythm 2013 held last week in Denver, the data also demonstrated the ability of the company’s TactiCath® ablation catheter to detect excessive contact force during robotic catheter navigation.

Contact force guidelines were developed from Endosense’s TOCCATA study, a 12-month study completed in 2010 which found that clinical outcomes improve with CF > 20g; and its later EFFICAS I post-market clinical trial, which not only revealed the value of FTI, but established the clinical practice guideline of an absolute minimum FTI of 400 gs per individual ablation lesion. Early results of the TOCCASTAR IDE study presented by Dr. Mansour underscored this guidance and showed that, in a subgroup that underwent a redo procedure, subjects treated with the combined CF guidelines of CF > 20g, FTI > 400gs and LSI > 5.0 showed the strongest improvement in pulmonary vein isolation rate: 80 percent when all criteria were fulfilled versus 46 percent when not all criteria were fulfilled.

“The data has clearly demonstrated the importance of contact force in achieving durable pulmonary vein isolation following the catheter ablation treatment of PAF,” said Dr. Dipen Shah, Professor of Cardiology at the University Hospital Geneva and co-author of the paper. “I believe these new CF guidelines have great potential to improve clinical practice and, ultimately, lead to better patient outcomes.”

Endosense CEO Jan Keltjens added, “Endosense has made significant strides since demonstrating the correlation between contact force and the durability of PVI for the treatment of PAF. In addition to establishing contact force guidelines, we have found that the long-term success of PVI is greatest when minimum CF is combined with minimum FTI and LSI parameters.”

While low contact force can lead to ineffective lesions, excessive contact force may cause safety concerns. In the third Heart Rhythm 2013 abstract, “Complementary Techniques and Location of Excessive Contact Force Detection in the Left Atrium with Robotic Catheter Navigation,” Dr. Sarah K. Hussain of The University of Virginia, Charlottesville, concluded that in a simulated bench experiment, Endosense’s TactiCath ablation catheter could enhance the capabilities of current robotic catheter systems in detecting excessive contact force wherever it occurs in the left atrium.

Endosense’s leadership in the field of contact force dates back to the first abstract on TactiCath at Heart Rhythm 2006. Since that time, the company has conducted a number of clinical studies demonstrating the safety, efficiency and effectiveness of contact-force sensing over traditional ablation technologies, and has also nearly completed enrollment and follow-up in the pivotal TOCCASTAR investigational device exemption clinical trial.

Founded in Geneva in 2003, Endosense is a medical technology company focused on improving the efficacy, safety and accessibility of catheter ablation for the treatment of cardiac arrhythmias. The company pioneered the use of Contact Force measurement in catheter ablation with the development of the TactiCath, the first force-sensing ablation catheter to give physicians a real-time, objective measure of Contact Force during the catheter ablation procedure. Endosense is backed by Edmond de Rothschild Investment Partners, Neomed, Gimv, VI Partners, Sectoral Asset Management, Ysios Capital Partners, Initiative Capital Romandie and NGN Capital. For more information, visit www.endosense.com.