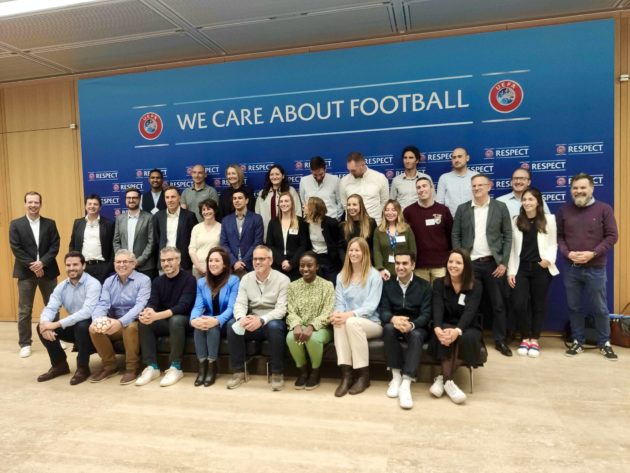 The IMD Business School partnered with the International Olympic Committee – IOC and the Union of European Football Associations (UEFA) to launch the first Innovation In Action program.

Participants took part in liVe virtual kick-off over a period of 6 weeks to then meet at the IMD Campus to start a full week of learnings through concrete hands-on experience aimed at developing new ideas to shape the future of woman’s football.

They had the chance to work at IMD, the Olympic Museum, and prototype ideas at the Inartis/Univercité’s Makerspace. They presented their views at UEFA headquarters yesterday, where they received critical feedback from key stakeholders, including football legend Nadine Keßler, Head of Women’s football at UEFA.