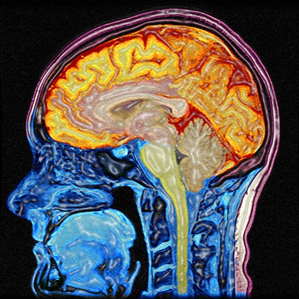 A large network of neuroscientists and doctors that compared over 30,000 brain images with people’s DNA says it’s found several genes that appear to influence the size of brain structures involved in intelligence and memory, as well as the volume of the brain itself.

Although the medical importance of these clues remains far from clear, the consortium, called Enigma, says its work demonstrates a novel distributed-computing strategy able to sort through vast numbers of MRI scans and DNA test results. “What Enigma is doing is combing through every pixel of every scan and comparing it to every genome,” says Paul Thompson, the neuroscientist who organized the research. “This is a roadmap to how you do this.”

Thompson, who is head of the Imaging Genetics Center at the University of Southern California, believes Enigma is the largest collaboration ever to combine efforts to study the brain. The new study, published in the journal Nature, lists 287 authors and 193 institutions. The study involved the analysis of 30,717 brain scans as well as DNA information gathered by researchers in Cambodia, South Africa, the United States, and other countries.

MRI scans are expensive, and analyzing them requires intensive computation. Especially when combined with DNA information, these data are too large to easily move over the Internet, and in some cases privacy rules prevent them from crossing national borders. The consortium says it is solving this problem with a distributed approach in which all the centers are given common algorithms with which to process their images, after which then their findings were weighted and combined.

Large studies linking genes with disease have not paid off well in neuroscience. For some common conditions, like depression, there are no convincing DNA clues at all. Instead of giving up, however, some researchers are instead seeking ways to vastly increase the size of studies. In the case of Enigma, that happened by “crowdsourcing” analysis of existing MRI scans. “There are brain images of many kinds on Alzheimer’s, schizophrenia, and autism that people have collected for decades. There is just astronomical data that is siloed,” says Thompson.